“I have had the pleasure of working with former Commissioner Bob Byrd on regional and statewide boards and am happy to endorse him in his race for Alamance County Commissioner. As a member of the Board of Directors of the North Carolina Association of County Commissioners, he brought a wealth of knowledge and experience to the table and was a fierce advocate for our communities. Bob brings a strong sense of compassion for his constituents and an appreciation for the diversity of his community to his role in county government. He is exactly the kind of leader Alamance County deserves.” 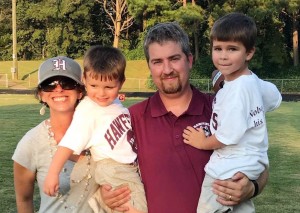 Lisa Marinis and her family, all supportive of Bob.

“Bob Byrd is the ‘different politician’ we need, a man who actually shows up in support of the folks he represents!!!” 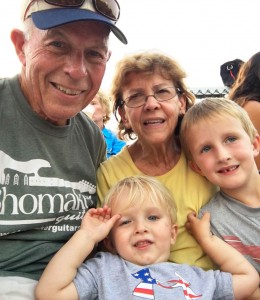 John Currin with his wife, Sarah Neal, and two of their grandchildren.

“I’ve known Bob for 43 years and worked closely alongside him for 28 of those years. As long as I’ve known Bob he has demonstrated servant leadership and a passion for community well-being. Following his retirement from ARMC he has continued to serve in many volunteer capacities across our County and beyond. As a County Commissioner he was a voice of logic and reason with a strong vision for the well-being of Alamance County and all its residents. I trust Bob and am proud to endorse his candidacy.“ 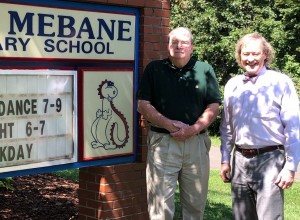 “I am proud to support Bob Byrd for Alamance County Commissioner.  Bob’s support of public education and his work to collaborate with The Board of Education are meaningful to me. Bob’s steadfast support of public transportation and leadership on the Alamance County Justice Advisory  Council are two (of many) roles that resonate with me. While with ARMC Bob led the way to develop the Mebane Outpatient Center, providing much needed medical service in Eastern Alamance County. Bob consistently “gives back” to our community by volunteering in many areas. Bob is one of the most giving, sincere, and dedicated public servants I have ever encountered.  We need Bob’s voice back on the Alamance County Board of Commissioners.” 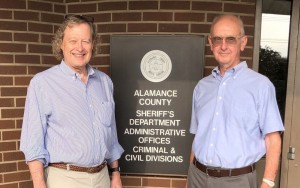 Bob Byrd was very instrumental in having the Alamance County Commissioners pass the Stepping Up Initiative in 2015. This is an initiative to reduce the number of non-violent people with mental illness and/or substance abuse in the Alamance County Jail. Bob used his background as a respected member of ARMC’s management team, his reputation as a community leader, and his position as a County Commissioner to mobilize all appropriate county and city agencies, public and private mental health providers, advocates, community support organizations, and interested citizens to address a common pressing need in Alamance County. The results to date have been a significant improvement in the way Alamance County addresses mental illness and substance abuse. This is improving the lives of people living with mental illness or addictions, while reducing the overall cost to the citizens of Alamance County. 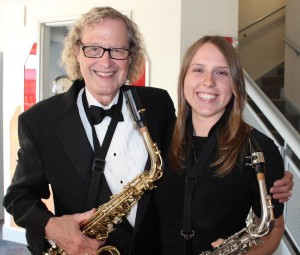 Bob Byrd and Jessie Miller in 2018 during intermission of an Alamance Jazz Band performance.

Bob Byrd is not only a wonderful candidate, but a wonderful friend as well. He is understanding and always lends me an ear even with his busy schedule. It is important to elect a candidate who builds, keeps, and nurtures his/her relationships, and a vote for Bob would be a vote for a person of that nature. Bob cares for those who have been through difficulties, and puts himself in others’ shoes in attempts to understand their point of view. A vote for Bob is a vote for change, hands down. 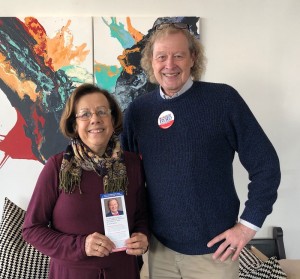 I moved to NC 12 years ago. I spent most of my life in NJ working for non-profits as well as Volunteering in many sectors.

I had the opportunity to meet Bob Byrd when I was a member of a committee for Strategic Planning. From the moment I had my first conversation with Bob, I immediately understood his commitment to make our community a better place to live. He has great compassion and appreciation for diversity and has an interest in the growing Hispanic/Latino community in Alamance County.

He did an excellent job as Commissioner and I fully endorsed him. His dedication, expertise and public service all deserve him to have a seat as a Commissioner in our County.