Proven leadership for an inclusive community that works for everyone.

Bob has dedicated most of his adult life to improving the quality of life of and making it more inclusive for everyone in the community. In his role as a former Alamance County Commissioner, healthcare executive, community leader and volunteer, Bob has devoted himself to the issues that matter most: public education, health care and mental health, older adults, our youth, the arts, anti-poverty efforts and economic development. 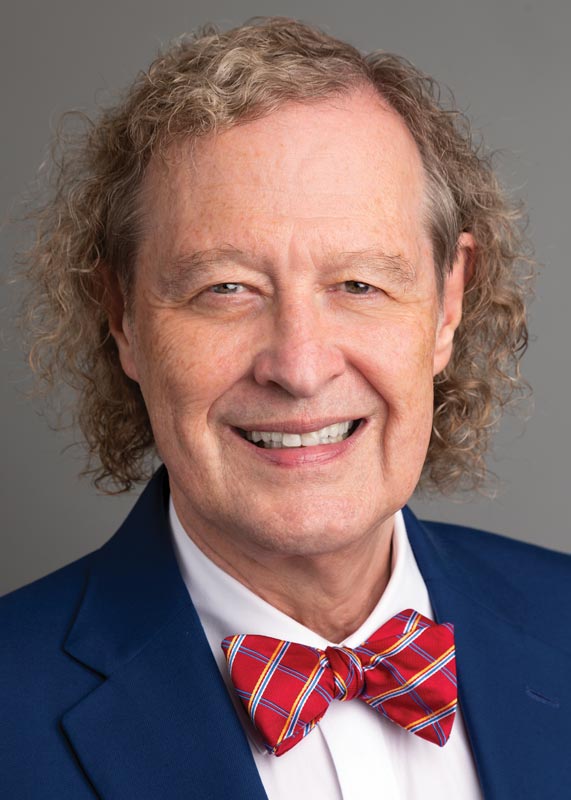 During his 4-year term on the Board of Commissioners from December 1, 2014 to December 3, 2018, Bob served the citizens of Alamance County with energy and resolve. Bringing his planning, financial, management, and collaboration experiences and skills from his 35-year career as a senior healthcare executive, Bob:

Bob also faithfully represented the county on many other boards and committees, keeping the Board of Commissioners engaged, up-to-date and focused on local needs and issues. These included: 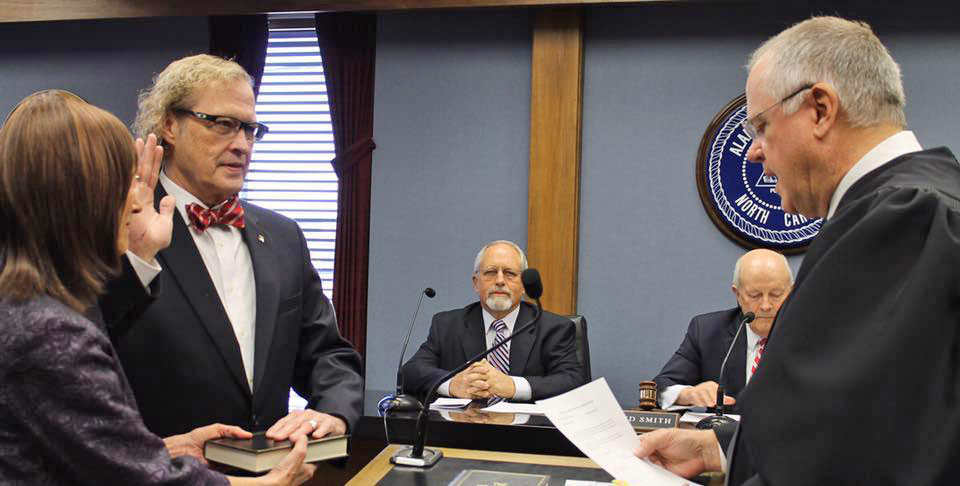 Being sworn in as Alamance County Commissioner, December 1, 2014.

In addition, Bob served on the Alamance Eldercare and the Burlington-Alamance Sister Cities boards and regularly attended Community Council meetings, Working Women Wednesdays luncheons of the Women’s Resource Center (of which he is a member), Alamance-Burlington School System functions, and many other community forums, meetings, and events.

“I am proud of the work that I’ve done in my first term as Commissioner,” says Bob.  “I’ve learned so much. It’s been an honor and a pleasure to serve my community.”

Bob also has a track record of achievement in Alamance County in his career at Alamance Regional Medical Center and his work with community organizations, seeking to improve the well-being of others and making Alamance County a better place to live, work and raise a family. These include:

Bob was a member of the senior executive team for over 35 years, with extensive experience in strategic planning, budgeting, management, development of new initiatives, and collaboration with others.

For his later years at ARMC, Bob served as Senior Vice President and was responsible for strategic planning, physician recruitment, physician network development, and community health initiatives. Prior responsibilities included operational oversight of most hospital departments. He also served for many years as the nursing home administrator of the Skilled Nursing Division of Memorial Hospital (now Edgewood Place) of Alamance County.

A Period of Growth and Development 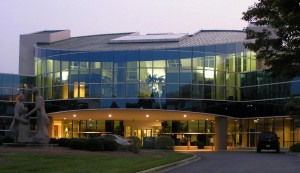 “It has been an honor and privilege to have been a part of the executive team that, along with many other wonderful people, made all of this growth and development happen,” Bob says.

Through this period, ARMC maintained a fiscally sound financial position, with an operating budget twice that of Alamance County’s.

“I know the importance of sound fiscal management and operating within a budget,” Bob says. “I also know that successful growth does not happen without wise investments and good planning.”

Prior to his career as a healthcare executive, Bob held a variety of jobs. Bob says, “Every one of my job experiences provided me with valuable skills, lessons, and perspectives that I have used throughout my life and today.” 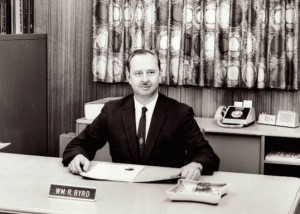 Bob grew up as the son of a small businessman, entrepreneur, and a tool and die maker who owned a tool and die business and an injection molding plastics company. There, working part time during high school and college, Bob was a stock boy, assembly line worker, and draftsman.

“Working for my dad gave me a great appreciation of the challenges small business leaders face, and how hard it is to work on the front lines in an industrial setting,” Bob says. “I was so proud of my dad, who received Pennsylvania’s first Small Businessman of the Year Award in 1965 from Pennsylvania’s governor.”

Bob says his dad was known for his work ethic and innovation, attributes that Bob has inherited. His dad also set the stage for Bob’s civic and professional service, as he also was actively engaged in his community. 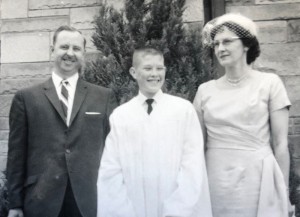 Bob and his parents after his Confirmation Service at Immanuel Lutheran Church, Erie, PA.

Just as important was Bob’s mother, a stay-at-home mom who exuded wisdom, judgement, and common sense.

“My mom was a big part of setting my moral compass,” he says.  His mother took her parental responsibilities seriously, enforcing household rules and ensuring that Bob and his three siblings did their homework and practiced their musical instruments. She transported them to music lessons and school activities and made sure they went to church.

“We were all baptized and confirmed in the Lutheran Church,” explains Bob.  With parental encouragement and support, he became the first person in his extended family to graduate from college.

After college, Bob served as a part-time substitute teacher in public schools for a year, and then discovered the hospital world when he became an on-the-job trainee in respiratory therapy. He was a respiratory therapist for five years, both as a staff therapist and as a manager, before going on to graduate school in health care administration. 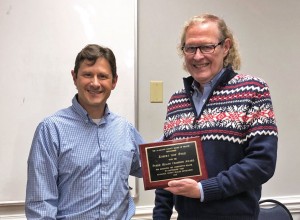 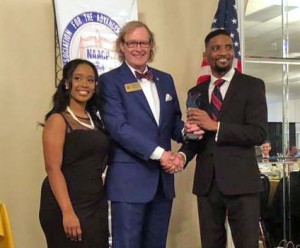 Past Chairman, Board of Directors and Past Campaign Chairman:

Past President, Board of Directors:

Current Board of Directors:

Current Committees and Other Community Organizations: 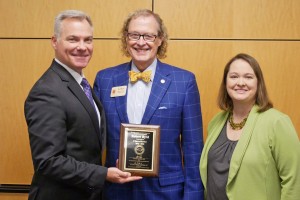 Additional Past Board of Directors:

Past Committees and Other Community Organizations: 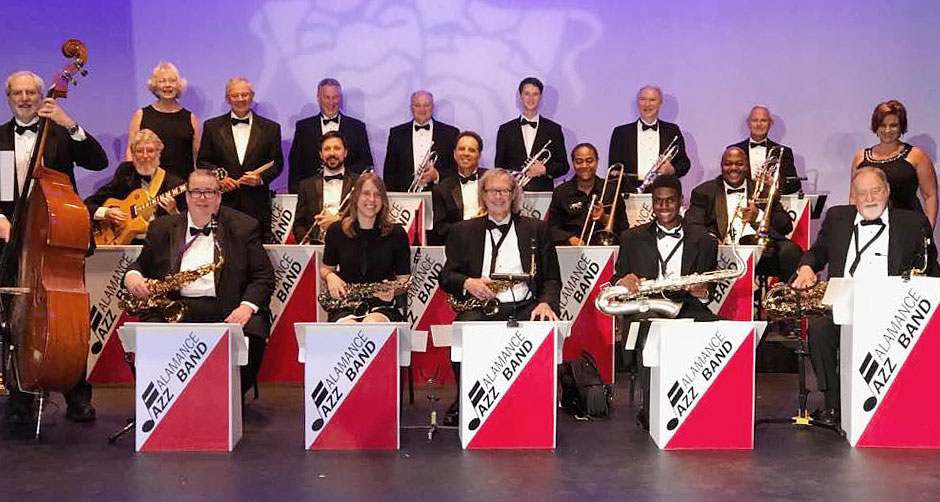 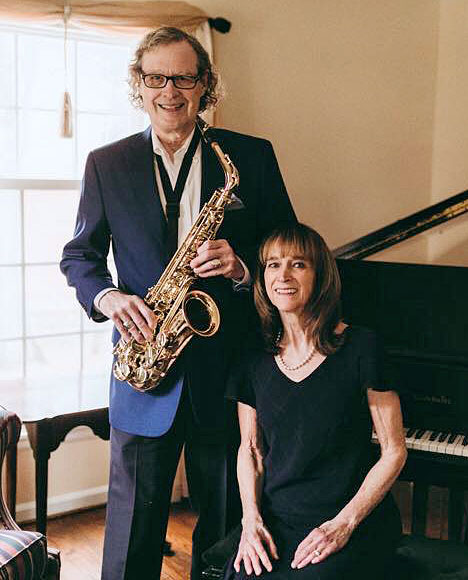 Bob and his wife, Barbara Bennett Byrd, have been happily married since 1985. Barbara was born and raised in Alamance County and graduated from Graham High School. She is a graduate of the University of North Carolina at Greensboro with a Bachelor of Music degree. She has taught piano privately to hundreds of students since graduation, and is the organist and choir director at Graham Presbyterian Church, where she has served since 1992. For 15 years earlier, she was the organist at St. Mark’s Church, where she and Bob were married. Bob and Barbara have no children. They have been homeowners in Burlington for more than 30 years. 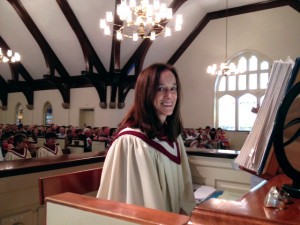 Bob and Barbara share their love of music. They have performed as a duo (sax and keyboard) for many church services, recitals, weddings, banquets, and receptions. They initially met in the Alamance Chorale, where Barbara was accompanist and Bob sang in the bass section. They enjoy listening to live jazz, especially big bands, symphony orchestras, and the Choral Society of Durham, where Barbara’s brother, John, sings tenor. 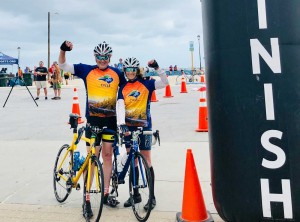 Bob and Barbara at the finish line of the 2019 Mountains to the Coast Ride in Atlantic Beach, NC.

Active road cyclists, Bob and Barbara are members of the Burlington Velo Club. In addition to participating in area rides and charity cycling events, they have proudly ridden across the state 15 times as part of Cycle North Carolina’s Mountains to the Coast ride, a 7-day trek held during the first week of October that follows a different route each year. The fall 2019 ride took them 478 miles from Blowing Rock to Atlantic Beach. Being physically fit and healthy is important to them. 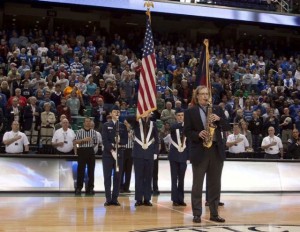 Bob Byrd performing the National Anthem at the Greensboro Coliseum for the ACC Women’s Basketball Tournament.

As a semi-professional saxophonist (along with doubling on flute and clarinet), Bob has led an active musical life. He studied saxophone privately with Craig Whittaker of UNCG and flute with Linda Cykert of Elon University, each for nearly two years. In addition to his involvement with the Alamance Jazz Band and performing with Barbara, Bob has had the privilege of performing as a single-engagement sideman throughout North Carolina with such bands as the Jimmy Dorsey Orchestra, the Dorsey Brothers Orchestra, the Guy Lombardo Orchestra, the Atlantic Jazz Orchestra, Reflections, the NC Revelers Jazz Orchestra, the Likewise Swing Band, the Holzhackern Tyrolean Band (“We wear lederhosen in this one,” Bob says with a smile), and several other regionally known big bands, jazz combos and orchestras. With the US Airways Jazz Orchestra, Bob performed in Germany, Holland, Bermuda, and throughout the United States.